Temporary studio
The former Hema building in Venlo (NL) became a temporary studio from September 2020 to January 2021. The vacant building gave me the opportunity to create large-scale works of art. The transparency of the building became a new challenge. The retail space with traces of the past became the starting point for my visual work. See also VenloVanbinnen, January 20, 2020. 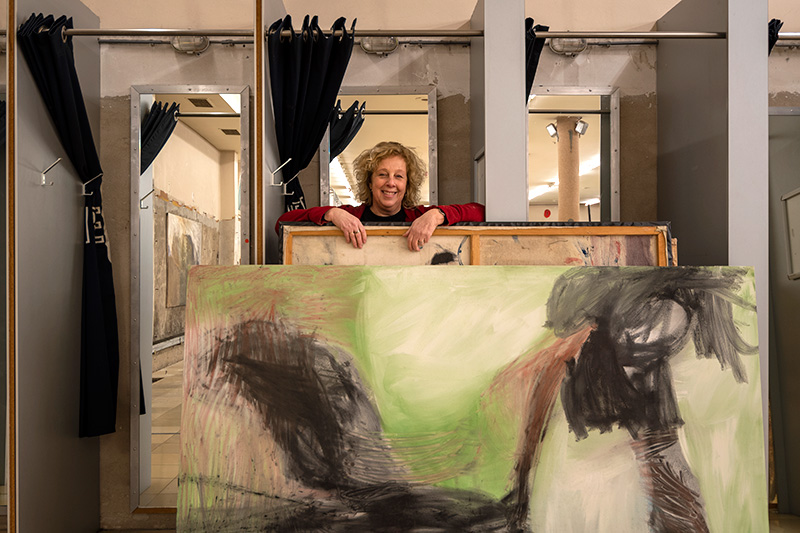 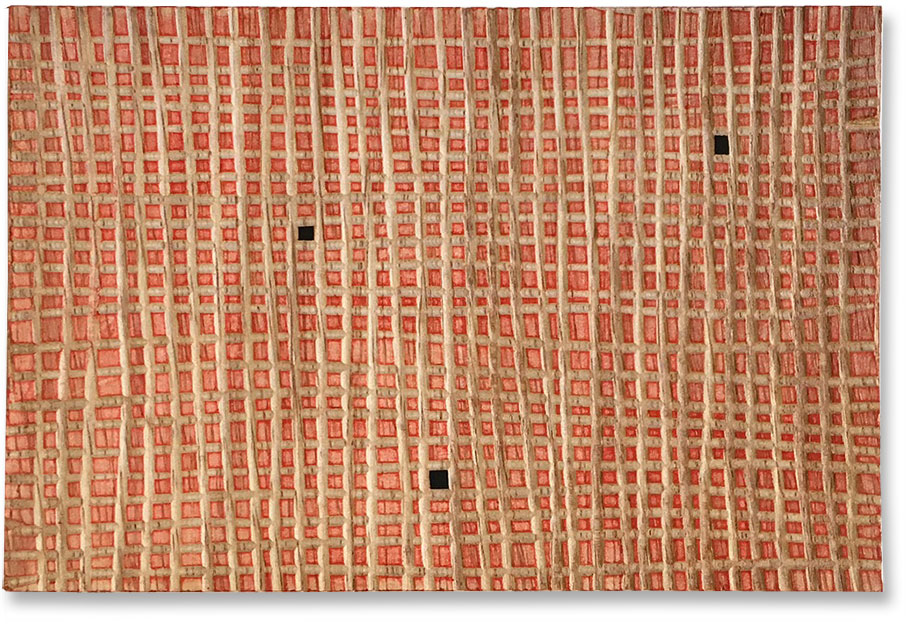 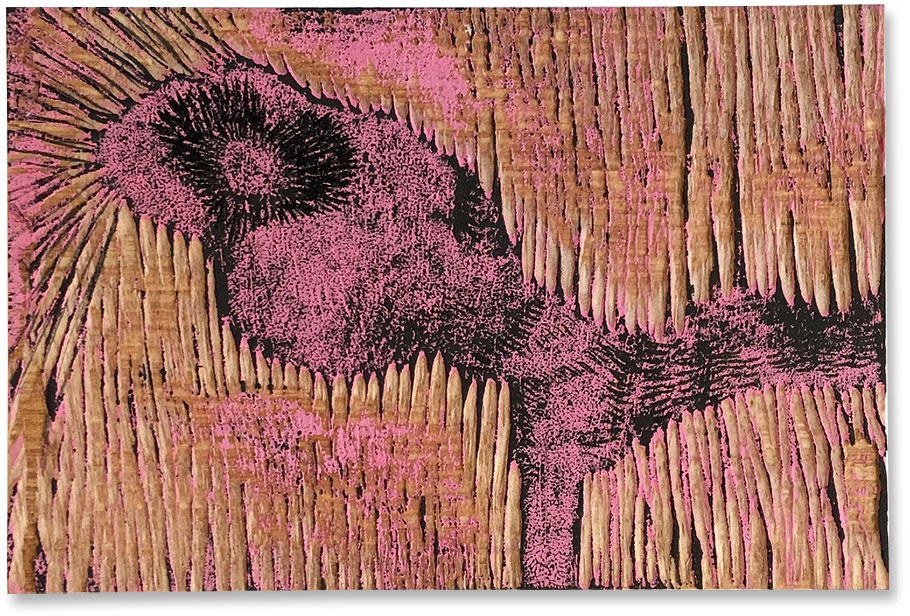 Pimp Your Classroom
Artists from Venlo and the region have pimped the old school building of VSO De Velddijk in Tegelen. De Velddijk is a secondary school for special education. Together with the 12 to 18 year old students, designs and art concepts have been developed and performed for different spaces. I started working with five students, resulting in a girls corner in the auditorium, so that girls have their own place to chill in the school building. 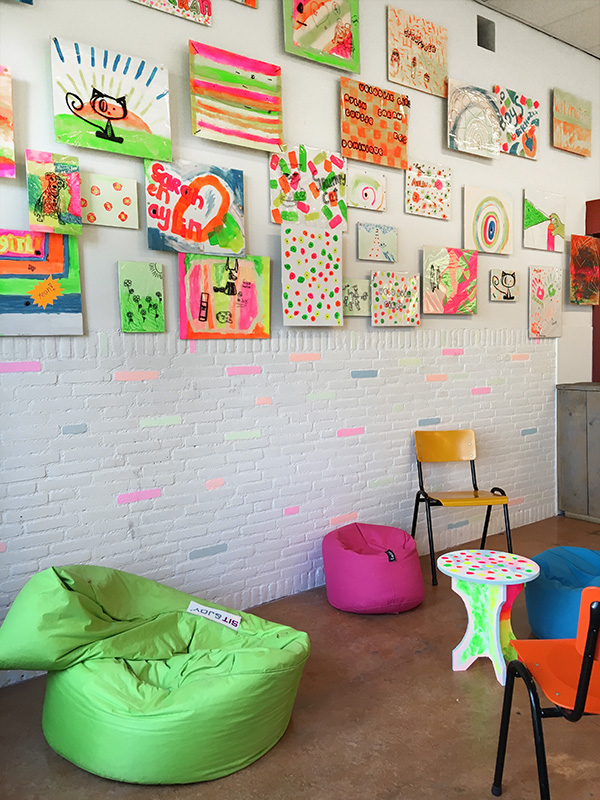 Artist in residence
'On Bivouac'. Residency in the Telpost in Millingen aan de Rijn from 8-18 June 2017. During this period I was working in the Telpost, a temporary studio and a river viewpoint, and in the forest of De Halve Bunder. I was given space for new ideas to deepen my visual artwork and to explore unknown territory motivated by the theme of 'Twisting'. It was part of the project 'Space for Art' in Millingen. 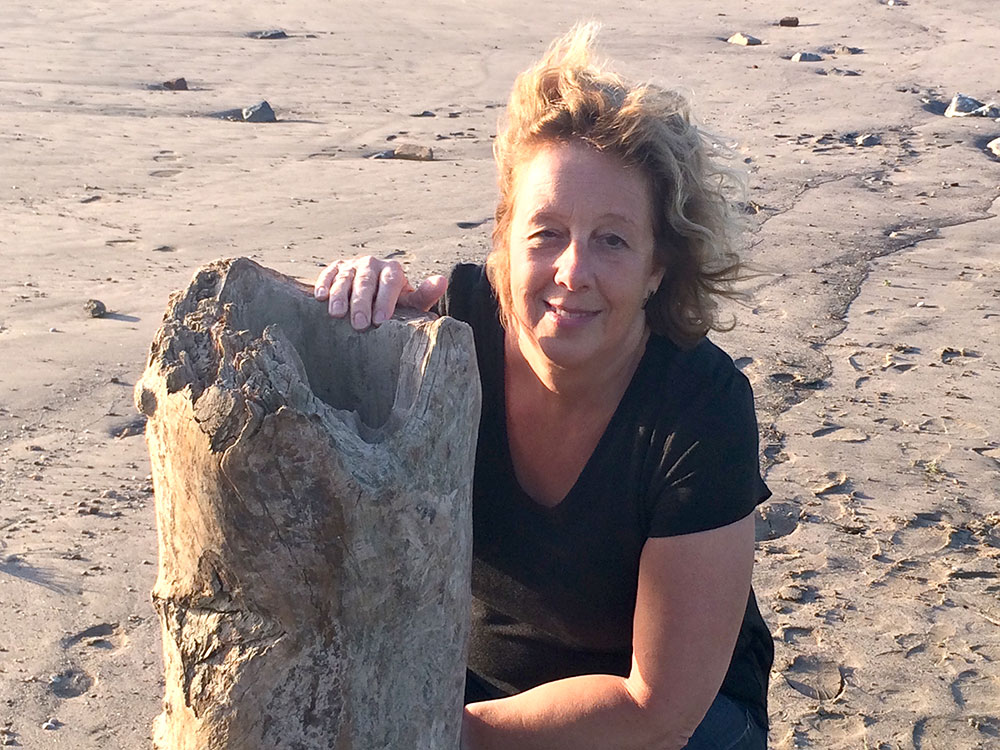 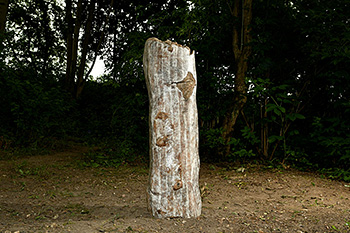 G16
Participation in the national graphic manifestation 'G16' in October 2016, Month of graphics. My artwork was presented in Galerie Tuur with artwork by Arjen Markenstein and Yvonne Rooding. 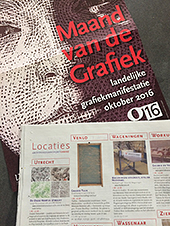 Land Art
Landart Nederland organizes projects in nature. In cooperation with Marion Lemmen I worked on a natural object in the Ratumse creek. 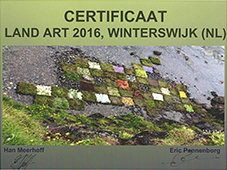 In May 2016 a publication about my artwork appeared in the digital magazine “Doorgroeien”. This magazine was part of the Proof of Mastery taken by floral artist Marion Lemmen.

Children's story book 'Verdwalen in verhalen'
An illustration of the story “And then it was over”, by Daniëlle Gerards, author, after an idea by Danique Simons, scholar. A reading and viewing project in collaboration with schools in Venlo and the surrounding area, with a collection of 43 contemporary children’s fantasies, which inspired various writers to create 43 stories with illustrations by visual artists, for which Jacques Vriens wrote the foreword. First published in October 2016, publisher Van Spijk-Rekafa publishers BV. 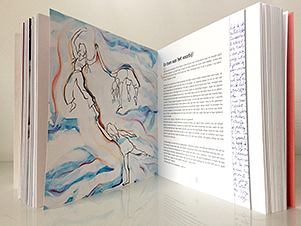 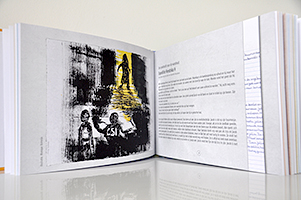 BMC Deurne
A wall object in the practice room of the Biometric Centre Deurne, where the feeling of being human is intensified by the theme 'Skin'. The chosen location in the room is a prominent corner in the space that is centrally located and visible from all sides. The presence of the artwork gives the visitor a subtle sense of identification and closeness in the world of the brain. 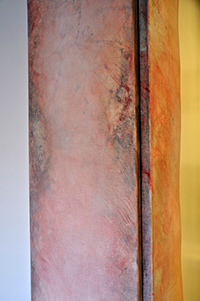 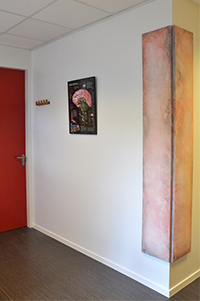 Trefpunktpost 2013
Co-organization of the mail-art-project by German and Dutch artists. Followed by exhibitions in Venlo (NL) and Nettetal (D).
Publication Rheinische Post 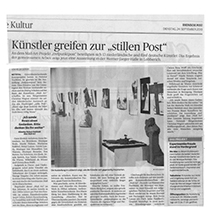 BKtel
Completing the meeting rooms, public spaces and management offices with a selection of my art for BKtel in Hückelhoven-Baal and Kornwestheim (D). Annually changing exhibitions, 2004-2017. 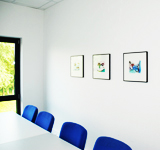 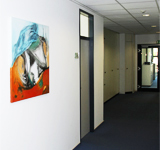 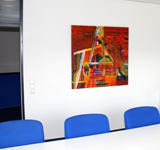 Trefpunktpost 2013
Co-organization of the mail-art-project by German and Dutch artists. Followed by exhibitions in Venlo (NL) and Nettetal (D).

Residences Aachen
Commission to create a series of personal paintings for private residences in Aachen (D), 2008 and 2011.

Residence Sevenum
Diptych of wood engraving and oil paint painting in which relating outside and inside is central, Sevenum (NL), 2012. 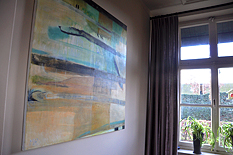 Conservatory Venlo
Commissioned by the ‘Kunstencentrum Venlo’ (NL): a series of ink and watercolour paintings for the conservatory, with the objective to depict establishing a connection between movement in colour, music and dance. 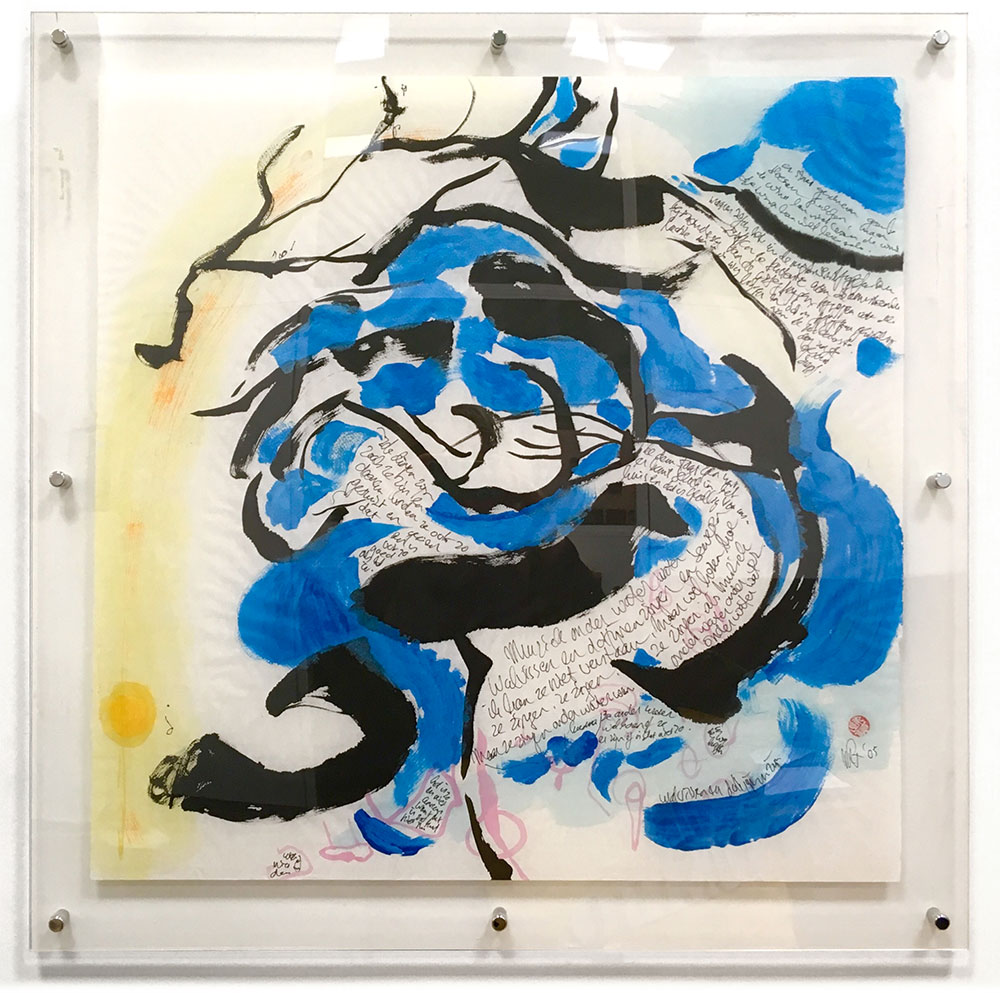 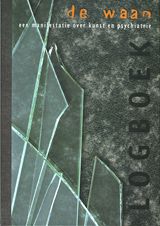